Letter to Bloomberg and Reuters on Securities Violation in KZ 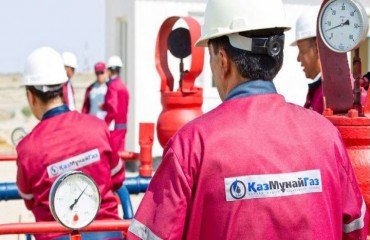 Head of the Presidential Administration of

of the party "Nur Otan"

To the Chairman of the Board

On 13 August 2018 KazMunaiGas Exploration Production JSC (KMG EP) announced the redemption of its preferred shares (KASE: RDGZp) at a price of KZT 12 800 ($35.5) per share, which was preceded by the repurchase of its common shares on the Kazakhstan Stock Exchange (KASE) and global depositary receipts (GDR) on the London Stock Exchange with their subsequent exclusion from the relevant exchange listings.  In accordance with the recommendations of its independent directors, KMG EP offered reasonable price to encourage their holders to voluntarily sell.  The problem is that unlike the repurchase of common shares and GDRs, KMG EP offered to holders of preferred shares disproportionately low buyback price, openly using the imperfection of the legislation of the Republic of Kazakhstan regarding the rights of holders of preferred shares and making the necessary changes to their internal documents to reach its goals on buyback.

In accordance with Kazakhstani legislation, preferred shares have equal rights in net profit at dividend payments.  Per KMG EP financial position as of 1st July 2018 book value per share was around KZT 36 000 ($106) and cash balance per share was KZT 17 000 ($50) and Company never had debts, however KMG EP announced a buyback at a price of KZT 12 800 ($35).  Although KMG EP called its buyback offer for preferred shares voluntary, the company at the same time announced its intention to dilute the number of its common shares, which would inevitably lead to a significant reduction of book value and cash per preferred share.  The latter is also important considering that KMG EP plans to exclude preferred shares from the listing in KASE on the next stage after redemption, and accordingly holders of preferred shares that do not go to the company announced, by the so-called “voluntary,” redemption will later encash their shares in one single way: by presenting them to the company's repurchase on their own initiative, in accordance with the Methodology for determining the value of shares when they are redeemed by the company.  It should be noted that earlier in July 2018 KMG EP using its absolute voting status (99.4% of common shares), introduced unfavorable changes for holders of preferred shares in the Methodology, changing the price of redemption for shares that do not circulate in stock markets at a rate of 50% of the book value (in the former version - 100%).  Thus, shareholders who do not take advantage of the company's current buyback offer can count on the fact that the company will buy back shares only at the price of 50% of book value per share, which will already be significantly reduced after the announced dilution.  This leaves holders of preferred shares no choice but to present their shares for redemption at the price offered by the company KZT 12 800 ($35) per share.

In Kazakhstani securities market, in an investor and professional environment, there is an unconditional consensus, that KMG EP is acting in the existing legal field of the country, but the company violates ethics of business conduct, showing by its actions in recent months the worst example of corporate management of the securities market.  And this is the company that received several years in a row various KASE awards.  It should be noted that, unlike holders of ordinary shares and GDRs, preferred shareholders are overwhelmingly residents of Kazakhstan - employees of the company, domestic legal entities and individuals that invest in KASE.  It is the brutality of the violation of business ethics in Kazakhstani securities market that resulted in initiation of this letter, especially on the background that the leadership of the Republic of Kazakhstan and personally the President of the country Nursultan Nazarbayev makes titanic efforts to develop the domestic securities market and in particular within the framework of the International Financial Center Astana (IFCA).  Even for a specialist who does not understand the essence of the securities market issues, it is clear that the current actions of KMG EP regarding its preferred shares would be simply impossible on the IFCA, where courts adhere to the best practices of corporate management.  The situation also looks paradoxical considering that the parent company NC KazMunaiGas JSC (NC KMG) intends to place its shares on IFCA.

Moreover, per 1-st half-year 2018 financial reports, Management Board received KZT 578 million ($1.77 mln) - this is KZT 72.3 million ($222 th.) per person for 6 months of 2018, which is 72% higher than for 6 months of 2017.  This fact suggests that officials not only of NC KMG, but also KMG EP are not particularly interested in upholding the interests and rights of holders of preferred shares.

Thus, we ask you to pay attention to this case and give a legal and ethical assessment of the violation.

For completeness of the picture, it is appropriate to bring the order of actions of KMG EP in recent years, in which many contradictions can be found:

On 17 June 2016 KMG EP announced the repurchase of its common shares, GDRs and preferred shares at prices of $47.28, $7.88 and $27.62 respectively.  Independent directors of the company called on shareholders to vote against buyback.

On 14 July 2016 the company improved its buyback prices to $54, $9 and $31.55, respectively.  Independent directors did not support this proposal, as a result of which, at a subsequent shareholders' meeting, the company's shareholders rejected the buyback offered by the company.

On 4 December 2017 KMG EP again announced the repurchase of its shares, specifying the terms of this repurchase on December 10.  The repurchase prices for common shares and GDRs were announced at $14 and $84 per share (55.6% better than the price terms of the offer of 14 July 2016).  Meanwhile, the company decided not to redeem preferred shares, referring to the fact that they belong to "the current and former employees of the KMG EP Group", "they are an important form of motivation for the workforce", which can transfer them "by inheritance" and, as a consequence, represent an instrument of "maintaining social stability in the regions."  This looks, at least, contradictory given the available offers from June and July 2016.  The company's decision caused a collapse in the market value of preferred shares.

On 12 April 2018, the Board of Directors of KMG EP issued a recommendation to the annual general meeting of shareholders not to pay dividends on its shares based on the results for  2017, despite a significant improvement in the financial position of the company due to a significant increase in oil prices.  Taking into account that the company management did not comment on the future fate of preferred shares, this decision caused another collapse of the market value of preferred shares.

On 11 July 2018 at an extraordinary general meeting of shareholders of KMG EP amendments to the Methodology for determining the value of shares at redeemed (mentioned in the text of the letter above) were approved which are unfavorable for holders of preferred shares.   This also negatively affected the market prices of preferred shares.

In early August 2018, during a conversation with the media, the company first reported that it intends to redeem preferred shares thus encouraging its minority shareholders.

Finally, on 13 August 2018 KMG EP announced the redemption of its preferred shares at a price of KZT 12 800 ($35), simultaneously informing about the forthcoming dilution of shares, thereby depriving holders of preferred shares of the economic reason not to agree to the company's offer.  Compared to the terms of the company's offer on 14 July 2013, the buyout price was increased by approximately 11.6%.  The company explained the calculation of the buyout price in that it offered a premium of 24.4% at the established average weighted price at KZT 10292, not to mention that it itself had a significant impact on market prices with its ambiguous and contradictory decisions, as can be seen from the text above.

We thank you for your attention and hope for a favorable resolution of the issue that has arisen.

2) Financial statements for the first half-year of 2018 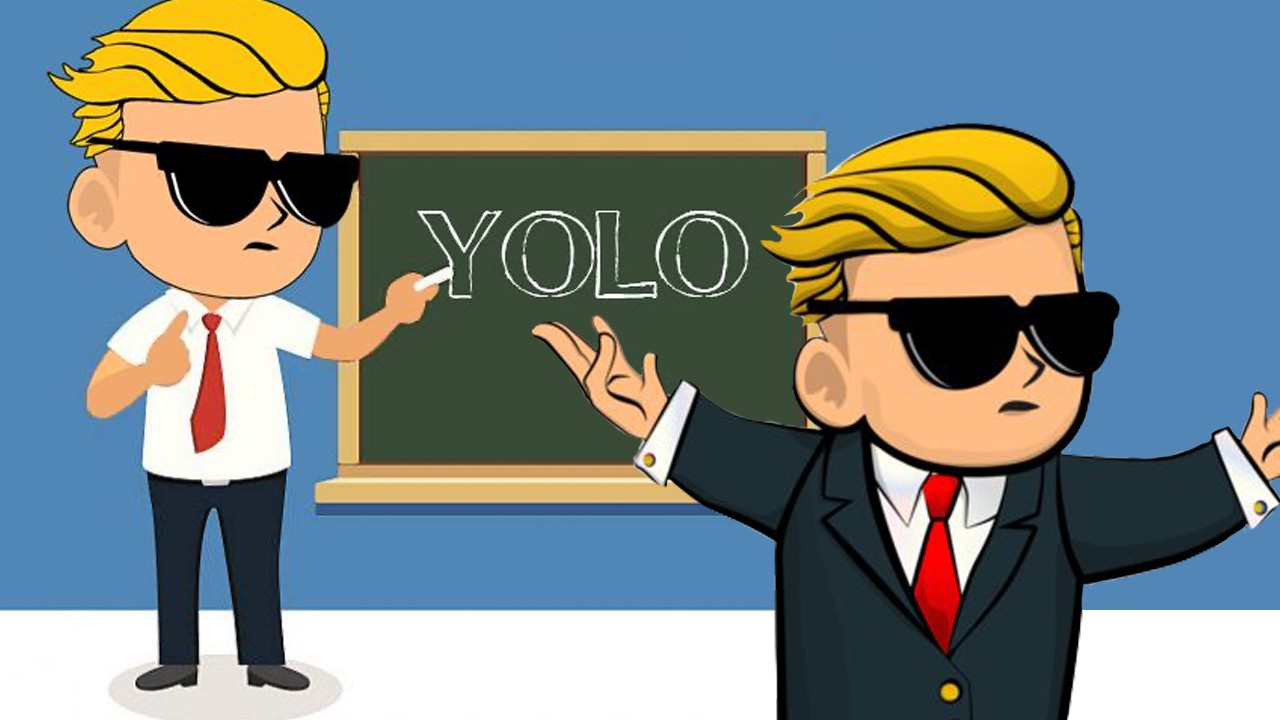 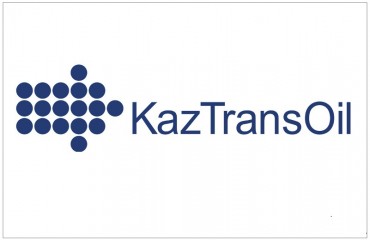